How can Chad tackle its future and set an example for African states?

One of the greatest challenges facing modern civilization is how to ensure the regeneration of natural resources that would provide sufficient natural resources for the growing population of Earth in tolerable climatic conditions. This applies to the African continent as well as to every country.

We know very well that 5,500 years ago the Sahara was green, with an abundance of water and food for all. In Tripoli on the Mediterranean coast, the country was much greener with plenty of rainfall for people, plants, nature. Even 3,000 years ago, it rained so much that cereals were grown here. 5500 years ago, the Sahara began to dry up. The question is not who caused it, but what caused it.

Investigations of temporal and spatial changes in the distribution of precipitation in Georgia in the Caucasus, as well as detailed analyses of changes monitoring in the distribution of precipitation in Slovakia and other countries, offer to reveal the effects of land use on the changes in the hydrological cycle. At times of low rainfall it rains even less and at times of heavy rainfall it rains even more.

We know very well that water returns in a small water cycle about once every 8 days. Water in a large water cycle rotates once every 3 months. We also know that the water that evaporates through the vegetation and forms clouds after condensation in the cold layers of the atmosphere returns to Earth in the form of rain at the dew point. This cycle is repeated countless times and thus ensures a permanent renewal of life on Earth. In interaction with the energy of the Sun and the carbon cycle, it is the most ingenious “factory” of the birth of all living things through photosynthesis. This is what nature and man need for their lives.

Note the distribution of precipitation in the 5 territories of Africa from north to south. While at the Mediterranean Sea (Tripoli) it rains barely 335 mm a year, in the south of Chad (Sarh) it rains almost 1000 mm and in the Congo river basin 2.5 times as much. Towards the south, annual precipitation totals are declining. Through that the rain-free period is being extended. In Johannesburg it rains as much per year as in Slovakia. 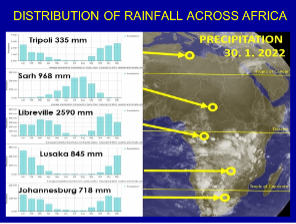 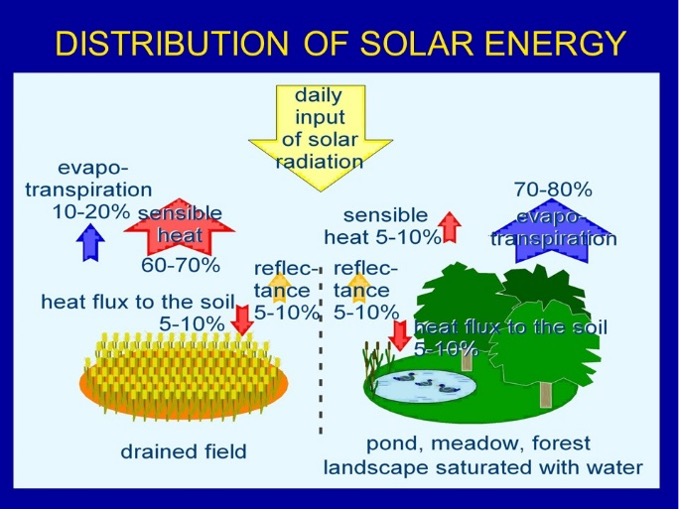 It is the rainless season that brings risks that limit the natural, climatic, social and economic environment. While it rains the least in North Africa in the summer, it rains the most in the south. This is because overheating the dried land creates large heat islands in the boundary layer of the atmosphere, which do not allow the moist air masses from the sea to travel to the mainland and at the same time very little water evaporates. Therefore, there is no water in the atmosphere to form precipitation.

This means that by damaging the landscape, one empties small water cycles, which increases the temperature of the landscape and the uneven occurrence of precipitation activity. Therefore, in all parts of the world where man has transformed the landscape, there is a gradual drying up by decreasing rainfall, overheating of the landscape, loss of fertility and the occurrence of extreme torrential rains and prolongation of the rainless season. This is what most likely happened 5,500 years ago in the Sahara region.

African countries can not only stop these degradation processes, but also start their recovery. One of the efforts is to plant trees in the Great Green Wall across the Sahara to stop the spreading of the desert by planting millions of trees. These trees need water to survive. From this point of view, a number of risks arise for this plan, which are related to the chance of survival of seedlings planted in the dry period, which lasts for more than half a year in this area.

If we start from the physics of solar energy distribution, it is evident that rainfall decreases as the country overheats with drought. Therefore concentrating on planting trees in an area where it does not rain during half a year is Sizyfa’s work with little chance of success. Part of the Great Green Wall in Chad is formed in an area where precipitation reaches barely 400 mm. A much more effective way is to develop a comprehensive revitalisation of the country based on those parts of Chad where it rains the most and where there are flood risks. If this were combined with the use of organic fertiliser in this area, it would not only stop the spreading of the desert, but also rocket-launch the fertilisation of large areas. Ecosystem retention of rainwater in a country that drains large amounts of rainwater with organic fertilisers each year will enhance the fertility of that part of the territory, enhancing food security and economic growth, healing the climate, increasing water resources and fertile land. 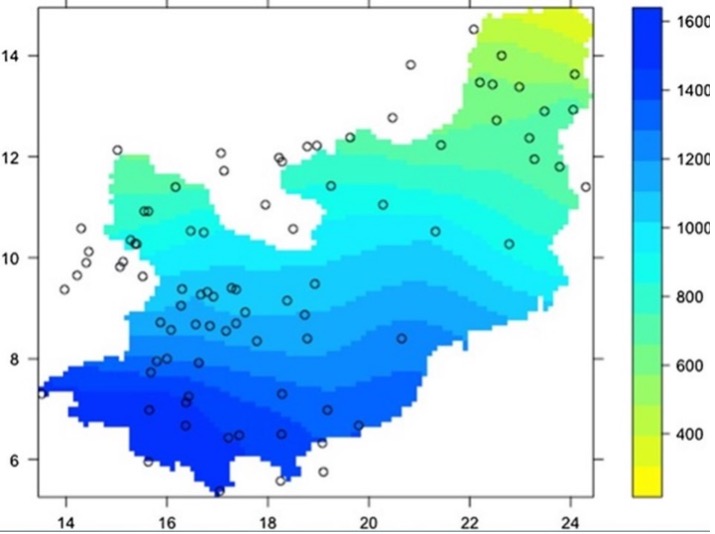 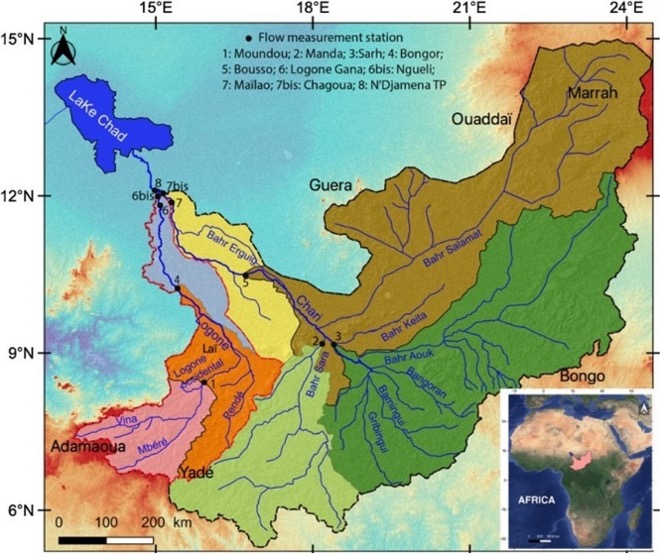 It will cool the country so much that the biotic pump will be strengthened, with more intensive suction of moist frontal systems from the Gulf of Guinea into the interior. This is linked to the return of lost rain even in the months when it is not raining at the moment. Systematic planning and restoration of the damaged landscape in southern Chad in the Chari river basin (catchment area 548,748 km2) can reduce the production of sensible heat by more than 30,000 TWh, which would practically mean having more rain in the area that it is now dry. The principles of this solution are described in the New Water Paradigm of 2007.

We estimate that within 10 years this would increase inland rainfall by at least 100 mm per year and would extend soil fertilisation in inhospitable parched land and even halt the desertification. More than 500,000 people in Chad could work on such a program. Their work would bring a whole new perspective to economic development based on the regeneration of natural resources. In Chad, the green economy could develop fully even without tree planting. The process of seed germination in the parched earth waits for its opportunity and the water will help it. The benefit of this solution will be the long-term fertilisation of the soil by storing carbon in the soil. More than 1 billion tonnes of CO2 present in the atmosphere is needed for photosynthesis. We estimate that after the implementation of the entire plan, more than 270 mil. tonnes of pure carbon would enter the soil of the Chair basin area yearly through photosynthesis.

If African countries united and acted in a coordinated manner in a similar way, they could gradually push the inhospitable Sahara north, fertilise the land and rebuild the whole country. Therefore, it is logical and right to give priority to rebuilding the damaged country of Chad from the south, where it rains the most. It is a great challenge for Chad to set an example for other African countries on how to restore lost rain.

The world is on the brink of fundamental change. Regenerate what previous generations have deteriorated. We have a choice. Stay in the old paradigm and continue conflicts over natural resources, or take the path of restoring the resources we have lost. This is also a challenge for Chad, African countries and countries around the world, which are suffering from the water, food, environmental, social and climate crises.